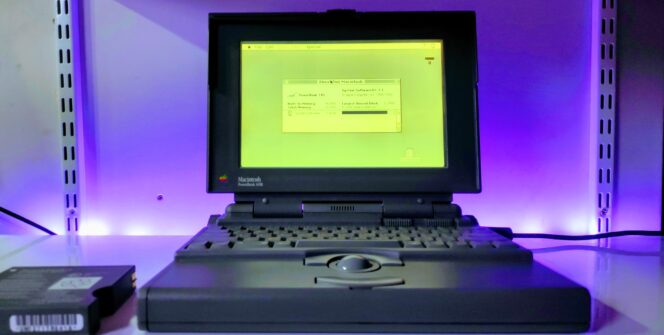 An Original Apple Powerbook 145B from 1993 This laptop is in excellent condition for its age and a rare example. A perfect collectors item as these do not come up often. The screen has been recapped with modern non leaking capacitors and is pin sharp with no fade. Floppy drive has been cleaned and renovated, formats, reads and writes to floppy disks and the motorised eject is working nice and smooth.

The 140 series were the first Laptops completely designed by Apple themselves. This series introduced the concept of sleep mode when the clamshell screen was closed thereby saving battery power. The codename for this model was “Colt 45″

While trying to get a Gotek working on this tired old beatup BBC model B, I realised why it…

Here are a couple of classic Macs…